Be Alert, the Enemy is Watching! 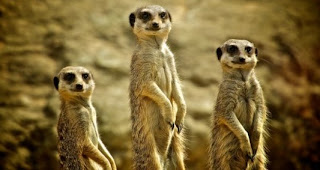 Has the devil got any percentage of goodness in him? Could it be that maybe he is 90% bad and 10% good?

If he had any good in him, it would have been mentioned. But sometimes he uses the good things to destroy people’s lives and often uses the people closest to you to do so.

He will try to deceive you in such a way that you won’t even notice. For example, the devil tried to stop Jesus from fulfilling his mission by using the Pharisees to question, persecute and even beat Him up. But because they had no effect on Him, he used Peter, his closest disciple.

"And He began to teach them that the Son of Man must suffer many things, and be rejected by the elders and chief priests and scribes, and be killed, and after three days rise again. He spoke this word openly. Then Peter took Him aside and began to rebuke Him. But when He had turned around and looked at His disciples, He rebuked Peter, saying, “Get behind Me, Satan! For you are not mindful of the things of God, but the things of men." (Mark 8:31-33)

What Peter said seemed to be something good, but if Jesus had listened to him, he would not have gone to the cross and have conquered our freedom.

That’s what he does with us today. He will try and use the people you know well to try and deceive or deter you from your target and separate you from God.

The antidote for that is simple: SPIRITUAL AWARENESS. In other words, the only way for me to identify the enemy is when I am in the faith. When my life is in God’s hands, when I am born of Him.

When Jesus heard what Peter said, he immediately knew that it was a trick of the devil. That’s why He said, '"Get behind Me, Satan!"' (Mark 8:33)

If we are not alert, sooner or later we’ll end up following someone else’s mind, ideas, ways and end up falling into the devil’s trap. So be alert, the enemy is watching…waiting for an opportunity to make you fall.

I agree with you pastor, we have to be very careful because the devil will try to make something for us to fall on his dirty traps. We have to have our Spiritual eyes wide open.

Thanks for the message :-)

He uses the things of God as well. Examine your hearts daily, in all decisions and in every action you take. Is what your doing really for God or a just another tactic to lure you away. Sometimes we can get so rapped in doing this and doing that ” for him” that we forget about our relationship with HIM. SPIRITUAL AWARENESS.

I am totally agree with you pastor. Thank you so much for the reminder. Indeed the devil is roaring around me to destroy me and they are very patient, never want to give up and let me go. sigh.

YES it's true the Demon has all patience in the world and the he see's the little things to. he make that "little" thing the "biggest". and he uses the closest person to us which is true!!

We must always be in spirit, because when ever satan trys to get in between your relationship with God, you will detect Him in whatever area and person his trying to get into... right away and eventually cast him out of your life....