I Love You. Seriously.

Labels: change, from nobody to somebody

No matter what you do in order to make yourself happy. Unless you overcome the INNER ENEMY you'll always suffer.
Annihilate him completely!
"David hurried and ran toward the army to meet the Philistine..."
"Therefore David ran and stood over the Philistine, took his sword and drew it out of its sheath and killed him, and cut off his head with it."
1 Samuel 17:48 & 51
Pr Luke Castro
YPG National Coordinator

Are You Ignoring God's Voice? 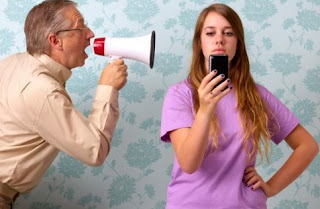 Samuel was young when he was called by God. Although he was already in the house of God and was ministering His word, Samuel was unable to recognise God’s voice when He called. Why? Because he did not know God for himself yet.
This example applies to many youths in the church today. They come, they clean, they help and take part in many activities in the church but yet when God calls them they do not recognize His voice because they have not yet had an encounter with Him.
God called Samuel three times, and three times he ran to Eli, the prophet, believing it was he who called. Eli advised Samuel that he ought to have an encounter with God, otherwise he would never be able to be used by Him as he wanted.