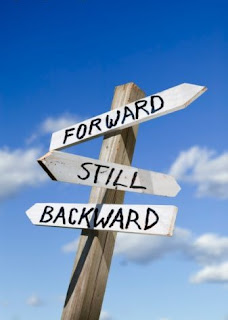 "Now behold, one came and said to Him, 'Good Teacher, what good thing shall I do that I may have eternal life?" (Matthew 19:16)
The rich young ruler asked one of the most important questions you could ever ask in your life. He wanted to know what to do to inherit eternal life. With such a good intention, why is it then that after he received the answer to his question he walked away sad? When we meditate on the verse we see why.
The first thing Jesus said to him was, “…Why do you call Me good? No one is good but One, that is, God but if you want to enter into life, keep the commandments.” (Matthew 19:17)
In other words Jesus said, “let’s get to the point. If you want eternal life, obey - follow God’s commandments.”
He said to Him, “Which ones?” Jesus said, "You shall not murder,’ ‘You shall not commit adultery,’ ‘You shall not steal,’ ‘You shall not bear false witness,’ ‘Honor your father and your mother,’ and, ‘You shall love your neighbours yourself." The young man said to Him, “All these things I have kept from my youth. What do I still lack?” (Matthew 19:20)
If he already knew he followed the commandments,
why did he ask the question?
Have you ever stopped to think why the young man asked Jesus ‘which ones?’ Only to later say that he’s following the commandments from a young age? If he already knew he followed the commandments, why ask the question?
Was it because he was just pretending? No. He really did follow them. But the problem was that like many people in the church, though they know what to do, they try to find another way around it by asking ‘which one?’ In other words, instead of just doing what they are supposed to do, they ask for people’s opinions hoping that in their answer, they’ll give them some kind of escape route.
Many come to church because they want to achieve something but they also know that it means certain requirements will have to be put into practice - they know they’ll have to let go of something, to sacrifice. But like the rich young ruler, because of the unwillingness to sacrifice they walk away with nothing.
Jesus said to him, “If you want to be perfect, go, sell what you have and give to the poor, and you will have treasure in heaven; and come, follow Me. But when the young man heard that saying, he went away sorrowful, for he had great possessions." (Matthew 19:21-22)
If you want to conquer your salvation, Jesus is telling you right now the same thing as he did the rich young ruler. ‘Go sell everything and follow Me’, He is not talking about material things, but rather the things you hold close to your heart, such as grudges, lusts, anger, pride, complexes, friends, bad character etc.
I needn’t go on because you know exactly what is you’re holding on to.
The question here is can you let go?
Pr Luke Castro

We all can, but we need to WANT to. And the more we meditate on these words, the more things we can find about ourselves that are NOT Ok and that need to be changed.
Nice post, Pastor

i agree with Debora, we can all have eternal life, but the key to it is wanting and actually sacrificing everything in order to follow God!
Love the Post, I can actually apply this to my life as well.

I never stopped to think about it like that. The choice is up to us, if we want eternal life or not, we already know the price : sacrifice.

We always want the easy way out. When God shows us what to let go of, we tend to say no that's not it, it's just my imagination.